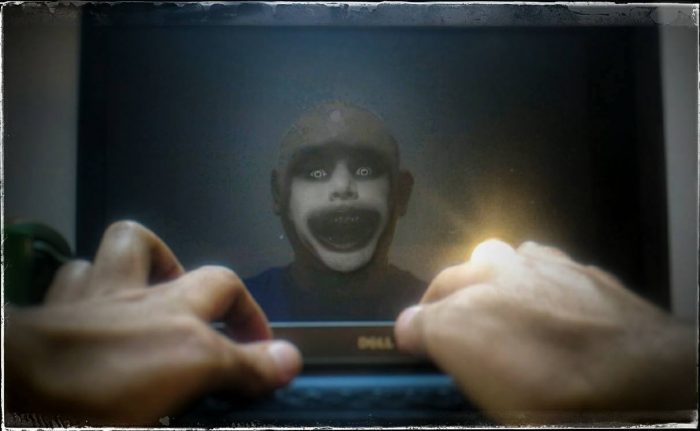 Saying “Almost every Filipino has their own ghost story” is a bold statement, but it is not far from the truth. Whether by choice or not, there are those (like me) whose sixth sense are tuned in to the paranormal, making seeing or feeling ghostly entities quite common, particularly at the workplace.

Stories regarding ghosts at the office is a staple for plenty of companies, and many of them are retold based on actual encounters. Having experienced first-hand or heard many of those stories, the following are a compilation of the most common paranormal entities heard around the office:

Disclaimer: Last names of the witnesses and names of the companies are purposely omitted to avoid any unintended defamation. However, all stories are true.

Not to be confused with the fraud scheme “ghost employee,” the Keyboard Warriors are entities who taps away on the computer keyboard, usually at night.

During a late nighter with a fellow colleague, finishing another writing project that needs to be completed ASAP, there came one evening that we were accompanied by another “employee” who wanted to type along with us.

Though at first, we believed that it was the change in room temperature becoming colder (due to many employees had left for the day) that caused the keyboard to “pop,” but after the “employee” started to tap the keyboard in an angry manner, we ruled out scientific explanations on the spot. We also concluded that even ghosts have their own boiling points when it comes to working late hours.

In another similar incident in a different building, a confidant, whose name and the name of her employer requested to be kept mum, said her office has their own ghost employee. Besides from typing on the keyboard, the “employee” also shuffles papers.

At times, absolute sadness is carried over to the afterlife. Instead of crossing over, the spirit remains, and perpetually sobs for others to hear, much like the legendary La Llorona.

At nearly 1 AM, BPO agent “Jim” was finishing up on a report. He could have finished his task earlier if his full attention was on what he had to do. Apparently, the other half of his attention was on the sobbing sounds that are coming from the lady’s restroom , which was just a few steps away from him.

After finally finishing his report, Jim wanted to peek into the Lady’s Room and see if there’s anything he could do. Upon gently opening the restroom door, the crying stopped altogether and his goosebumps flared as he noticed that no one was there.

Sharing the incident to other colleagues, Jim found out that he was not the only one who heard the crying. Roaming guards sometimes hear and check out the same Lady’s Room, only to find nothing but a hair-raising presence.

Borrowing the term coined from a German folklore, ‘Doppelgangers’ are “specters” who take the appearance of a living person for the purpose of mischief or bad omens.

Makati condominium fitness instructor, Jonathan, could have sworn that he saw his colleague, admin assistant Kathy, walked inside the changing room at the gym, and smiling at him as she did so.

Seeing Kathy at the administrative office later that afternoon, Jon asked how she was and asked why she went to the gym for since it was unusual for her to be there. Kathy, the type not to lie, said that she was inside the office all day.

Upon talking to another colleague, Jon soon realized that it was not the first time a doppelganger played a similar mischief in the same building. Apparently, the entity tricked a couple of other employees by appearing as someone they knew around the building.

These personal space trespassers tend to either give unsolicited hugs and at times, smothers a person that it makes it hard to breathe.

As many call center offices, there is a room where agents can take a quick snooze in peace before, during, or after their shift. Cherry was one who usually takes advantage of the amenity before the start of her working hour at 11 PM.

So when her coworkers see her trying to catch zzz’s under the desk of her cubicle instead of being inside the nap room, they couldn’t help wonder why. Later they found out that while Cherry did try to sleep in the room, cold heavy arms wrapped themselves around her and pulled her into his chest. Immobilized by both fear and by whatever it was, she could only pray until it finally went away. Apparently, it was not the first time it ever happened to her.

In another incident, Cherry mentioned that there is a hallway at the same office building where agents claimed that something befalls on them while walking through there. A heavy pressure that makes it difficult to a lungful of air.

Children are naturally curious about people or the happenings around the world they live. Kids who perished too soon, retains the same curiosity, even as a ghost.

First time agent, Mary Ann, was bewildered to occasionally see a child running or peeking through the edge of the far cubicle wall. She figured it was one of the manager’s kids, who had no one at home to take care of him while his parents are off to work.

Since it was roughly around 3 in the morning, Mary was worried about why the kid was still awake. Asking a colleague, Joey, about it, blood rushed off his face as he described what the child looks like. The child was indeed one of the managers, but the boy passed away years ago.

Mary did not mention or paid to the boy in the succeeding weeks, only when she found him grabbing her leg under her desk that she had to acknowledge him.

Office ghost stories are usually harmless, and at times, it even helps bring groups together. Whether out of fear or plain curiosity, such stories binds colleagues together in one way or the other, as long as it doesn’t go out of hand.

Time and attendance, salary disbursement, and government reports could get complicated, but don’t have to be… Afterall, it’s JustPayroll.ph.

We offer enterprise-grade payroll software, premium biometric devices, and superior outsourced payroll services… And even perhaps a line of proton packs in the near future.